NEWLY ELECTED PRESIDENT AND BOARD OF DIRECTORS 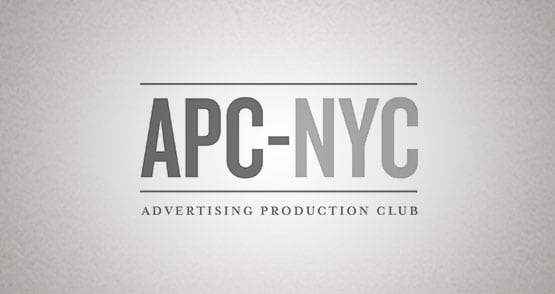 The Advertising Production Club of NYC announces a new President and Board of Directors to lead the premiere New York based non-profit advertising and graphic arts industry organization.
The Advertising Production Club of NY (APC-NYC), the New York advertising industry’s premiere non-for-profit organization which provides educational scholarships to students studying the graphic arts, announced the election of Paul Nicholson, SVP Production & Technology, Showtime Networks Inc. as President and a new slate of board members during its Annual Meeting in New York.

“The APC is the premier organization for the New York Advertising and Media Production industry. It’s 80+ year history shows it’s success and the need that this community has for an organization to provide meaningful educational events and networking opportunities, all while helping kids who want to learn by raising money for much needed scholarships. I look forward to leading this vibrant, responsive organization in these efforts and building on the momentum we have in the community.”

About the Advertising Production Club of New York:
The Advertising Production Club of New York (APC-NYC) is a community of production professionals in traditional, digital and emerging media. The APC provides educational programs and networking opportunities designed to keep our members informed about new technologies, best practices and industry trends. The APC performs this service to the industry in an effort to raise money to be awarded as scholarships to those interested in studying the graphic arts.
Check out the OFFICIAL Press Release Here

This site uses Akismet to reduce spam. Learn how your comment data is processed.